The widespread belief that money is the number one motivator in China has driven the strategic decisions of entire multinational organizations. One of the biggest challenges in China is high employee turnover, followed by low employee engagement. Both have an impact on productivity and costs. Since the worldwide economic crisis in 2008, organizations have been relying on the money-factor and have been increasing salaries in China in the attempt to contrast turnover and boost engagement. It is not uncommon to meet expatriate managers on a foreign contract earning much less than their Chinese peers, something that you will not find anywhere else in the world. Manufacturing costs are increasing, thus eroding competitivity and profitability. Some multinational organizations are already beginning to close down their Chinese subsidiaries and to move production elsewhere, like Adidas. How long can this system be sustained, before it implodes?

Let the data speak for itself

A study carried out in China by AON in 2012 showed an employee turnover rate of 18.9%. That year, average salaries had already increased by 9.1%. Four years later, despite continuously increasing salaries, AON’s most recent study shows that the average employee turnover went up to 20.8% in 2016, instead of going down. In some industries, turnover rate went even up to 40%. 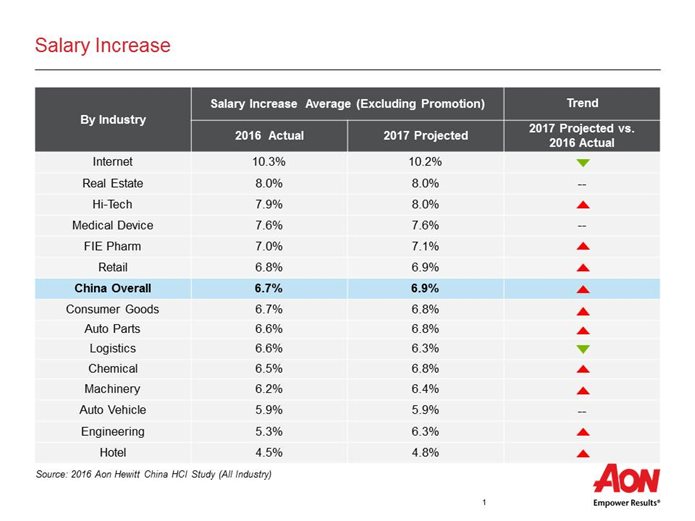 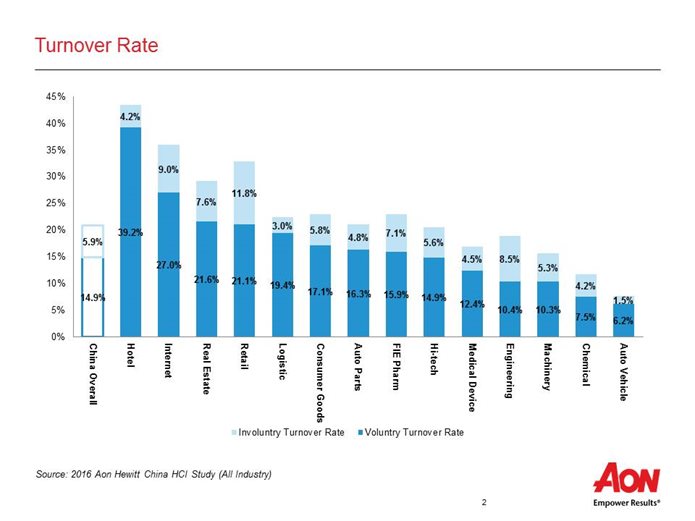 On the other side, a study carried out by Gallup in 2012 showed that only 6% of employees were engaged, while 68% were not. Considering my experience working with Chinese and foreign leaders and teams in China, I doubt that this data has changed significantly over the past five years.

Why is employee retention still such a big challenge in China, despite the continuously increasing salaries? Maybe money is NOT the number one motivator in China?

If it’s not money, what is it?

William Wu, Vice President of Universum, an employer branding firm, states that young people in China are interested in more than just money. In an interview carried out by ClarkMorgan, a China-based management training company, William Wu explains that young Chinese employees are looking for a friendly, creative and innovative work environment where they can become more independent contributors. He says that they are interested in professional growth and development opportunities, as well as in a good work-life balance. According to Mr. Wu, all of these aspects are strong motivators for the new Chinese generation, and when they are present, money becomes less relevant in engaging and retaining talents. 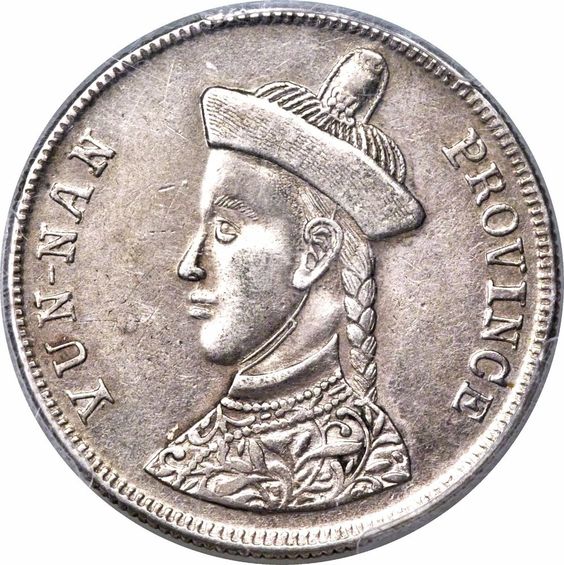 Dr. Zhang Zhixue, Associate Professor of Organization Management at Guanghua School of Management, Peking University provides some thought-provoking points in an interview by Gallup Management Journal. He states that many employees leave their companies because organizations focus on performance, efficiency and effectiveness, without giving proper attention to employees personally – to their well-being, their needs, and what truly motivates them. Chinese employees are flexible, open-minded and eager to learn. Along with that, relationships and interpersonal harmony are still an important element, especially at top management levels. Another factor is that, despite being known as a collectivist culture, Chinese people have not been trained to set goals and share the workload, which impacts their individual and team performance. This is something else that Chinese employees need and want to learn. Furthermore, Chinese employees expect their leaders to be authoritative, paternalistic and decisive.

This is confirmed by a leadership survey that was carried out in China by ClarkMorgan a few years ago, which measured the qualities that Chinese employees value most in a leader. 203 managers working across China in multinational organizations answered in a way that may sound surprising to a Westerner: the number one quality was ‘Caring/Considerate’, number two ‘Powerful/Authoritative’, while number three was ‘Visionary/Strategic’. Bear in mind that ‘authoritative’ does not equal ‘authoritarian’, a forceful top down approach that many Westerners mistakenly considered the most effective leadership style in China, based on the assumption that people are used to it due to centuries of oppression.

These aspects may sound trivial or too abstract to some. Or too theoretical. Based on my experience working with several Chinese and foreign leaders in China, I have seen the concrete positive impact generated by shifting the focus from money towards the above mentioned motivating factors. Here is an example.

One year ago a large Italian multinational organization asked me to coach an Italian General Manager, who had the task of building a subsidiary in China in partnership with a Chinese company. He needed to deal with a variety of key stakeholders, both in Italy and in China, as well as hire and develop the right management team. When we started working together he discovered the real reasons for his struggles and high stress levels, and he realized what had been preventing his team from being truly engaged and performing. He also realized how he was being perceived by his Chinese employees, as well as by the other stakeholders, and changed his approach in order to achieve different results. Here are a few highlights of what he experienced afterwards:

Reality is not always what it seems 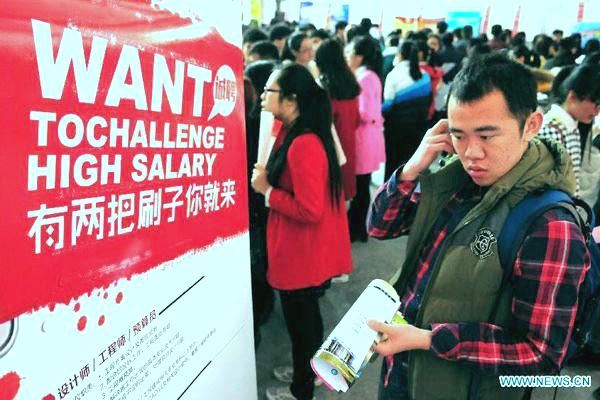 Money is a strong driver in China. It is a fact. It is reality. (But where it is not?) Organizations have based their hiring and talent retention strategies on it. But it’s not working. Increasing salaries is not decreasing employee turnover, on the contrary, it is damaging organizations’ profitability as well as China’s economy. Without mentioning employee morale, as well as the perception of the Chinese culture in the eyes of foreigners. So is that reality true? Partially yes, although it looks like there is a parallel reality, for the ones who are willing to recognize it: China is changing rapidly, both economically and culturally. Chinese employees are eager to learn how to work with high professionalism and within a team, they are eager to develop their management and leadership skills, they are eager to contribute by blending the best of their culture and the best of Western culture, they are eager to work for leaders who care about them as a person, and guide them and their organization in a clear and decisive manner.

We already have all the answers, we know what motivates people, what makes them loyal and engaged. So what is missing then? The willingness to accept ‘this reality’ and turn it into action. Fast. If organizations want to see something change in China, they need to be willing to shift their focus and change their approach. This requires agility in thinking and acting, within management boards, HR, Learning & Development, and leaders at all management levels. Agility in questioning one’s own assumptions and changing the own behaviour, strategies and processes. That way, everyone benefits: your Chinese employees, your organization, your shareholders. Too idealistic? Try it for one year, the right way, and then we can speak again. 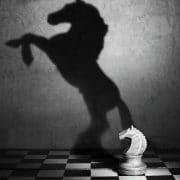 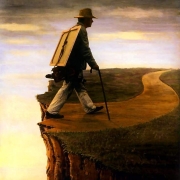 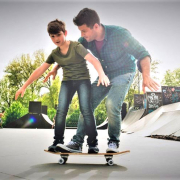 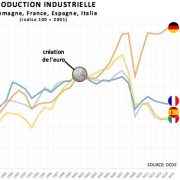 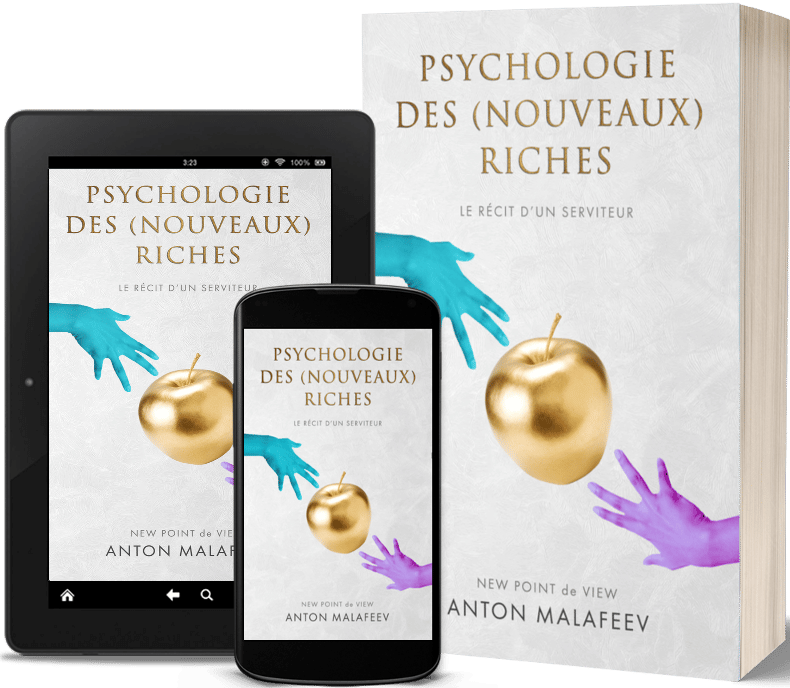 SUBSCRIBE
FOUND AN ERROR IN THE TEXT?
If you have found a spelling error, please, notify us by selecting that text and pressing
Ctrl + Enter
Cultural Analysis Of Economic Paradoxes

The hypocrisy of asking ‘How are you?’
Scroll to top